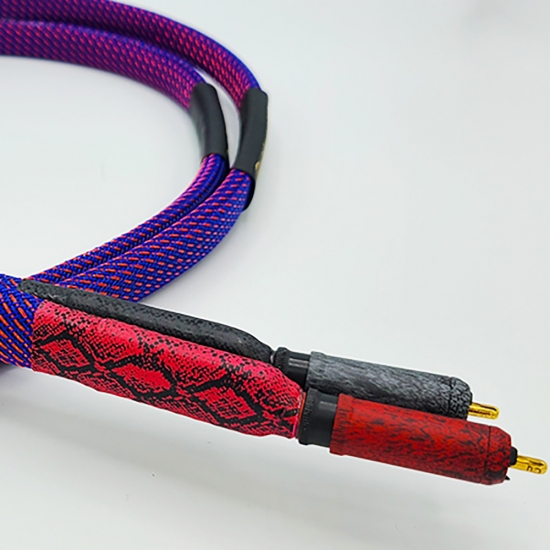 I live in England, and I bought a used pair of Mamushi Signature interconnects through eBay.
I listen mostly to classical piano and orchestral music, and I had been using silver interconnect cables from other makers between my CD player and preamp and between the preamp and the power amp. The sound was very clear, detailed and transparent.
I placed the Mamushi interconnects between the CD player and the preamp. My first thoughts were that the sound was less detailed than before. Listening further, I realised that in fact there was just as much detail, and often there was more. The difference was in the balance of the sound. As a piece is being played, the musicians will give prominence to one group of instruments and then to another; or there may be a focus on a short solo passage for a particular instrument. If the recording has captured these details, the Mamushi interconnects let me hear the balance chosen by the performers. I can hear the aspects of the piece to which they gave prominence, and at the same time I can also hear other strands which form the background.
Similarly, in a solo piano piece, I can hear more clearly than before when the pianist brings out a phrase somewhere in the midband or in the bass, but at the same time it is possible to hear more of what

I live in England, and I bought a used pair of Mamushi...

Along with many other audio enthusiasts, I’ve been in the...

INDUSTRY REVIEW! - "I was very happy with our sound...